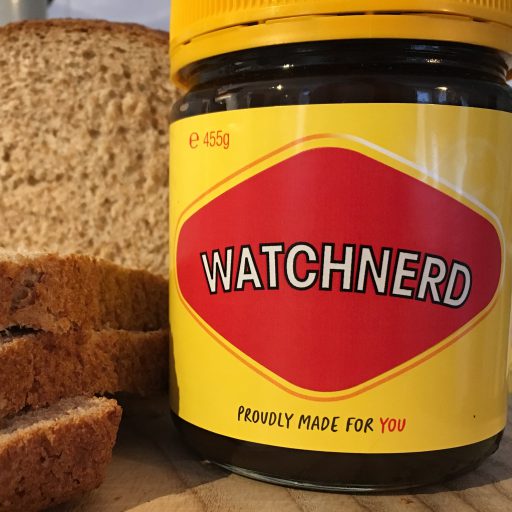 Nostalgia is generally defined as a wistful desire to return in thought or in fact to a former time in one’s life; a sentimental yearning for the happiness of a former place or time. I doubt I’ll feel much nostalgia for 2017, but I am increasingly feeling nostalgic towards earlier, perhaps simpler times.

While the full-on monetization of the HODINKEE ‘blog was not a surprise, the scale of the endeavour may have caught some observers off guard. Following the success of their limited run collaborations with #watchnerd favourites Ressence, MB&F and Vacheron Constantin, the breadth and depth of the HODINKEE Shop announcement was staggering, as is the potential impact on the watch-writing world. The cherry-picked output from a fine selection of nine brands, including J-CB’s TAG Heuer and Zenith, are now available in the new Shop.

The first indication of the power that HODINKEE is able to wield came in December when 10% of the global allocation of Seiko’s Presage Blue Enamel “Moonlit Night” were sold online, overnight. Seiko is beginning to wake up to its position in the marketplace (see the recent opening of an excellent boutique in Kensington as an example), but for them to entrust such a large proportion of their worldwide sales to an online magazine, is, quite frankly, extraordinary. While UK ADs will be lucky to see a handful of these watches, the direct-to-consumer, full-price sale of these pieces by a relatively untested online retailer must have sent an interesting message to the industry.

Hot on their tailcoats, other ‘blogs also began to sell (or announced that they were to sell) watches online. It’s interesting to note that the range of benefits that these new Authorized Dealers are offering: HODINKEE Shop (for example) promises an additional year’s warranty, electronic record-keeping and free, insured, expedited delivery anywhere in the world. Time+Tide (the Australian Watch Authority) offers free shipping in Australia and a choice of their own straps. Even Revolution (disclosure: I once wrote something for them) has announced it will sell its collaborations online.

Given the savings that are apparently to be made by “missing out the middle man” (see every single Kickstarter watch ever launched for details), and the fact that these ‘blogs are condemned to sell the watches at the Recommended Retail Price, I can see why they’re all getting on board. However, when watch ‘sites start selling the watches about which they write, things do become a little murkier.

A conflict of interest arises when an organization (or individual acting for them) has competing interests or loyalties. We all have actual or potential conflicts of interests, whether they be personal or linked to roles we may undertake. These conflicts may mean that it is difficult, or impossible, for us to act fairly, or in an objective manner. This ‘blog took the decision to identify proactively where these conflicts might occur, so that they can be appropriately mitigated. In many cases, there may be no truly effective mitigate – and therefore all we can do is to be transparent.

For example, if I were to sell a particular product, but continue to review others, there would be a conflict between the revenue I might derive from my sales activity and the objective review of products. If I were to receive gifts, travel, food or wine from a brand, I may be more likely to write about that brand – perhaps at the expense of others. I may also not make it clear where activities are self-funded, rather than being paid for by a third party. If I were to set myself out as an independent watch expert or “influencer”, these conflicts might also impact my integrity.

Linked (perhaps) to the general monetization of ‘blogging, Instagram and the rise of the aforementioned influencer, 2017 also saw some excellent guidance from the FTC and Advertising Standards Agency in the UK. While largely ignored by the watch-writing fraternity, Instagram did respond, releasing an update that allowed Business Accounts to make it clear that the content was (for example) a “paid partnership”. The definition of a paid partnership remains uncertain; while the FTC Guidance appears pretty straight-forward, “Partners” are the lifeblood of these ‘blogs. Without Partners, where would their contributors get access to interesting stories, exclusive launch events or global travel?

The potential conflicts of interest that these partnerships raise, coupled with the increase in online sales activity, should (in my very humble opinion) be discussed and disclosed openly and honestly by all. HODINKEE, for example**, argues that their “feature the best and ignore the rest” approach to reviews and watches actually increases transparency. I’ve yet to see this in action (for example, a recent post did not disclose that certain watches mentioned in articles were available for sale in the HODINKEE Shop). I have yet to see Disclosure policies / statements on any of these ‘sites, many of whom still appear to believe that “editorial objectivity” protects them from such conflicts. It clearly does not, especially, if you predominantly feature the best from the small number of brands that you sell or that give you money (or payment in kind through travel, board or food).

Against this backdrop, something else happened that was completely unexpected and rather interesting. On January 5th 2017, on the 5th anniversary of #SpeedyTuesday, Robert-Jan Broer announced that Omega would release 2012 reverse panda, radial dial Speedmaster Professional Speedy Tuesday watches. These watches were co-designed by Robert-Jan and Omega as a tribute not only to the Alaska Project III, but to a social media phenomenon.

To date, over 85,000 posts have been made on Instagram using the #SpeedyTuesday hashtag. This global following inspired Omega’s CEO to harness these existing Speedmaster owners into a new group that would be willing to commit to a Limited Edition watch online (a first for the company). That all 2012 were allocated within a few days is a testament to the devotion of the #SpeedyTuesday following (and, one assumes, a few who intended to sell on these watches at a profit).

Most interesting of all, Robert-Jan did not receive a cent of the c9m EUR sales generated by the launch (although I think he has a prototype). This was an example of a watch brand working with a ‘blogger to leverage the power of social media. As influence goes, this is truly staggering, and perhaps points towards an alternative approach to monetization.

As mentioned previously, the rise of the influencer is probably the social media story of the past three years; I really did not expect so many individuals to be able to make a living from their paid partnerships with brands. But the definition of an influencer, and (perhaps) more importantly, the definition of the success of an influencer still remains out of reach. Instafraud is rife, and with the increasingly opaque manner in which many ‘bloggers are paid, it’s all to easy to grow ones following in a non-authentic manner.

Tools such as SocialBlade allow almost anybody to take a look at, for example, Instagram behavior. ‘Blogs that might, in the past, have used bots to automatically comment, like, follow and then unfollow other accounts can now be identified. It is noticeable how many accounts have flat-lined over resent moths, especially as Instagram itself has cracked down on the bots. That users were tempted to use bots is an issue in itself; the potential to monetize drives the wrong behaviours. Is the measure of influence, of success, of knowledge now measured in likes?

Numbers alone cannot tell the story of influence, which is why I will continue to try to tell the story of the numbers. The internet provides us with the mechanisms to engage with our audiences, and more importantly, to educate them. If I have any resolutions for the coming year, they are to attempt to provide posts of interest, and to continue to promote horological education where I might find it.

** I use HODINKEE only as an example. It is high profile, and staffed by individuals I admire. It has stated that it wishes to increase transparency and avoid conflicts of interest, and I hope that they will lead the way in this regard.