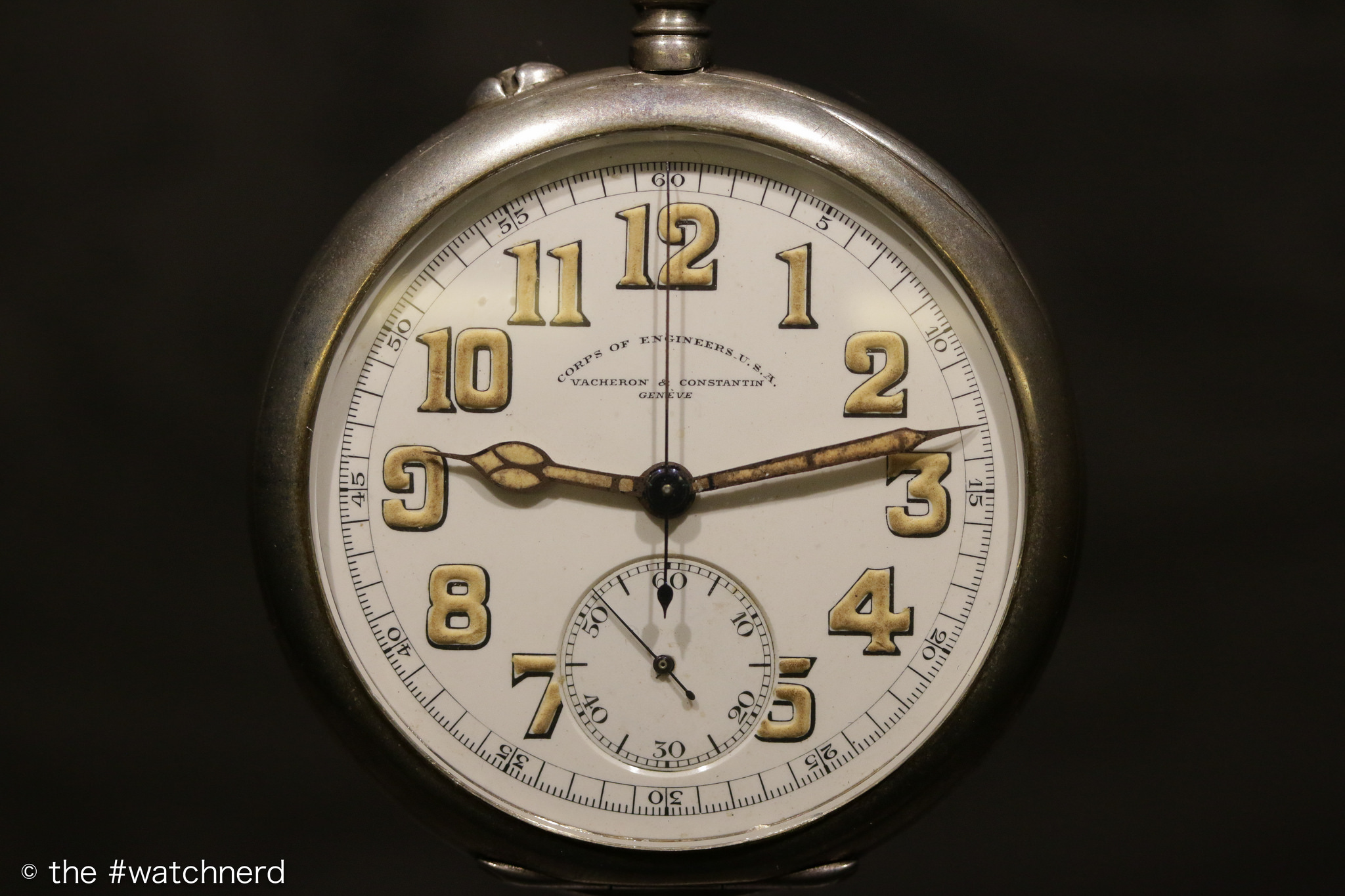 On the Quai d l’Ile, an island that straddles the left and right banks of the Rhone, stands a building known as the Maison. The Vacheron Constantin website tells me that it was built in 1875, having been “commissioned by Jean-François Constantin, nephew of one of the brand founders François Constantin, and designed by architect Jacques Elysée Goss, who also created the “Grand Théâtre de Genève”.”

The Maison houses a boutique and a second floor exhibition area; from early January, this has been home to Le Chronographe dans le Temps, a series of 57 pocket- and wristwatches from the Vacheron Constantin archives charting the development of some of their earliest and most complicated chronographs. We were shown around the exhibits by Jerome, from the Heritage Department, who had assembled the pieces from Vacheron’s collections and designed the displays. Amongst these is a pocket watch commissioned by the US Corps of Engineering, and previously discussed by Hodinkee.

It’s a simply stunning exhibition, and if anyone is in Geneva over the coming months, I’d thoroughly recommend it. The history of Vacheron’s many chronograph movements is explained, along with a number of different dial variations within models (such as the ref. 4178), and some extremely complicated pocket watches (a chronograph with perpetual calendar, moonphase and five minute repeater, for example). It’s wonderful to see so many old movements and dials in such fantastic condition; a testament to the durability of enamel, but also of Vacheron Constantin.

More photos can be found here.

The Maison may only be visited by appointment, so do contact them before turning up.