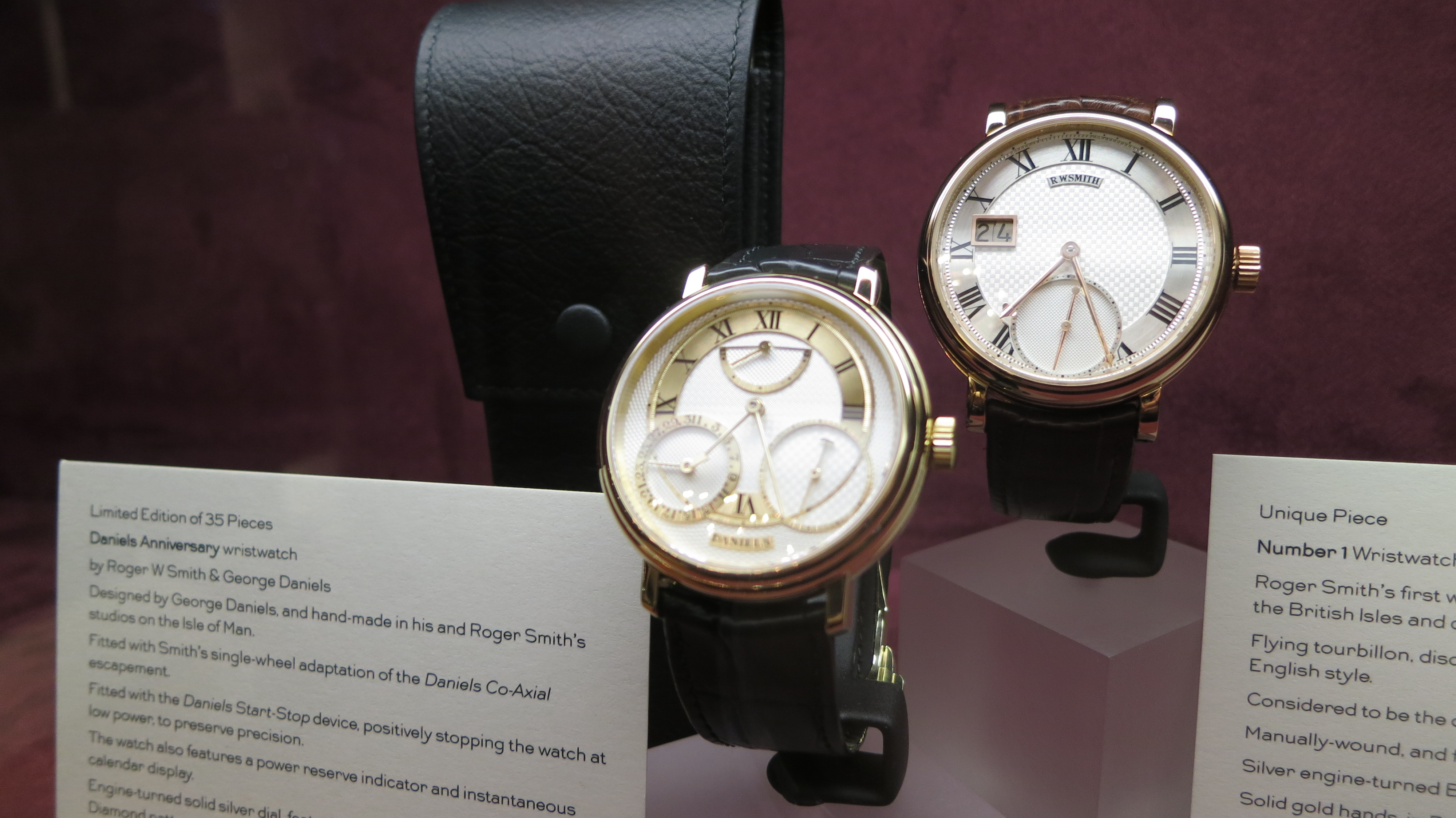 Published by the #watchnerd on November 6, 2013

Aesthetic  /esˈTHetik/: Concerned with beauty or the appreciation of beauty.

There was, if I remember correctly**, a slightly disparaging statement that Dr George Daniels made about 19th and 20th Century Swiss movements in his book Watchmaking. His premise was that English “gentlemen” – the wearers of fine timepieces at that time – appreciated timekeeping over beauty. English movements were designed to keep good time and therefore there was, perhaps, no need to cover up their (technical) shortcomings with superfluous finissage.

However, finissage has now become synonymous with luxury or certainly with haute horology; the quality of the finish on a watch is almost directly proportional to the price (although this often seems to be on a log scale). A friend and watchmaker told me that, while discussing finishing on a recent visit to Switzerland, he heard of parts being beveled and polished by hand; they could only be considered suitable for inclusion in the watch if they were no visible defects under a 20x loupe. In effect, the watchmaker was asking for flawless work and one assumes that the price will be inline with the cost of flawless diamonds, i.e. astronomical.

But it’s not just the finishing of the mechanical elements of a watch that should be considered. There are aspects of all parts of a watch that can be appreciated – after all, few owners ever get to see the inner workings of their watches for more than a fleeting look. For me, it is often the unexpected that provides delight. In September, Romain Jerome (previously best known for their Titanic, Space Invaders and Back to the Future models) unveiled their latest collaboration, a watch that has been designed in part by Mo Coppoletta, owner of The Family Business. The watch is called the Tattoo-DNA, and the tattoo aesthetic is one that I cannot even pretend to understand***, but I do know that Mo is both a very talented artist and a watch collector; his collaboration with RJ incorporates the logo of The Family Business, and was launched with a rather good trailer, which even included a cephalopod.

But back to Dr Daniels. Last week, I was lucky enough to have been invited to a dinner at the Club at the Ivy. It’s not yet been written up by the host, but the guest of honour was Roger Smith, who spoke for a few minutes about his last year, which he has spent reconstituting George’s studio. Roger will be speaking in more detail at SalonQP on Saturday, between 3-4pm. If, like me, you completely and utterly failed to book one of the thirty tickets available, then I guess we’ll just have to hope that there’s a video.

It has been said that George Daniels wanted to prove to the Swiss watchmaking world that the coaxial escapement worked. Perhaps more importantly, he wanted to make a difference to horology, and be remembered for that difference. When you take even the briefest look at one of Daniels’ watches, as I managed to do last week, it’s hard not to consider what one is not seeing; the sketches, the calculations, the failures and, more importantly, the many, many thousands of hours that sit behind the object. Perhaps, in each of those most beautiful of watches is the distilled essence of Dr Daniels; a life’s work.

** I have probably misremembered this, as I can’t seem to find it in my copy
*** See Ryan Hope’s Skin documentary here