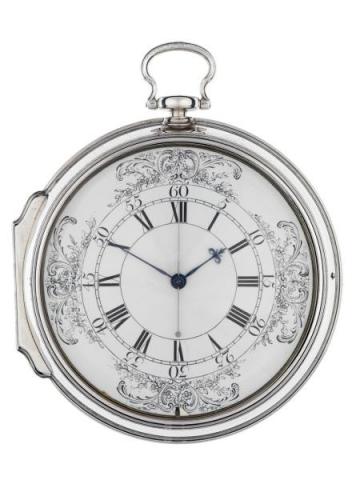 Use·ful /ˈyoosfəl/ Adj. Able to be used for a practical purpose or in several ways

Most watches have but a single purpose: to tell the time. When a watchmaker adds functions to a watch, these are generally known as complications, and may include such useful features as a chronograph, date, moonphase, alarm or second time zone. Of course, time also has another use – navigation. As any seasoned traveller will understand, local time “changes” as we move east- or westwards from our point of origin. For every 15 degrees of longitude we travel, we lose or gain an hour, hence the modern world is divided into Time Zones. However, in the seventeenth century, it was a little trickier to determine in which Time Zone you were, and therefore your longitude. It was Charles the Second who began the journey towards accurate mapping of the (night) skies to assist in this process when he established the Royal Observatory at Greenwich in 1675. However, following a series of maritime disasters due largely to incorrect navigation, it became clear that a solution was needed to what became known as the problem of longitude.

Accurate time was so important to transocean navigation that Parliarment passed the Longitude Act in 1714, in which it set out the requirements for the measurement of longitude, and offered a series of prizes, which increased in value in relation to the accuracy of the solution. Above all, the solution was required to be “found Practicable and Useful at Sea.” Incredibly – given the import of the matter and the large sums involved (£20,000 is equivalent to about £2.5m in today’s money) – the Act appears to have been a bit of a slow burner: no record of any meetings of the Commissioners for the Discovery of the Longitude at Sea (“the Board of Longitude”) can be found for the first twenty-odd years.

It was John Harrison, a relative unknown in the clockmaking and scientific circles of the time, who “solved” the problem. The science writer Dava Sobel‘s quite magnificent book provides the definitive version of the story, which I won’t even attempt to replicate here. Suffice it to say, Harrison’s first submission, the H1 chronometer (a portable clock that quite brilliantly replaced the pendulum with two counter-sprung oscillating balances), and the subsequent H2, H3 clocks and the prize-winning** H4 pocket watch built by John Jefferys, were a sea-change in timekeeping and navigation.

A copy of this latter pocket watch was made in 1769 by Larcum Kendall, and came to be known as K1. In a piece of synergy rarely seen in the zoo-horological world, the K1 was used by Captain James Cook in his second voyage to the South Seas (1772-5), the voyage in which was discovered my favourite member of the Glaucidae***.

Harrison’s longitude-related clocks and watches remain part of the National Maritime Museum’s collection and are now about to be shown as part of Ships, Clocks & Stars: The Quest for Longitude. The exhibition marks the 300th anniversary of The Longitude Act and opens on July 11th; their (rather good) Longitude ‘blog can be read here.

It’s difficult to know what was in George Daniels’ mind when he uttered those six small words that sparked these ‘blog posts, but I hope that he was thinking of Harrison (and others) whose timepieces were “found Practicable and Useful at Sea”. There’s another name that crops up regularly when discussing Harrison – Rupert Gould.  I’d like to return to Lt. Cdr Rupert T. Gould R.N. soon – a polymath who was described by Jonathan Betts as ‘The Man who Knew (almost) Everything’ – he deserves more than a paragraph.

** Although it took the production of another watch – the H5 – and the intervention of the King of England to finally secure Harrison’s prize.

*** Okay, so there are only two members of the family, but you have to admit that Glaucus Atlanticus is pretty cool. Take a look at the simply stunning Blaschka model here at the Muséum d’histoire naturelle de la Ville de Genève.