Why should we care about tourbillons?

Disclosure: I received a Press Pass for SalonQP 2015.  In November 2015, during Salon QP, Ian Skellern moderated a discussion between three independent watchmakers: Stephen Forsey; Bart Grönefeld; and Roger W Smith. What follows is a brief account of what was said, with thoughts, illustrations and links that some might… 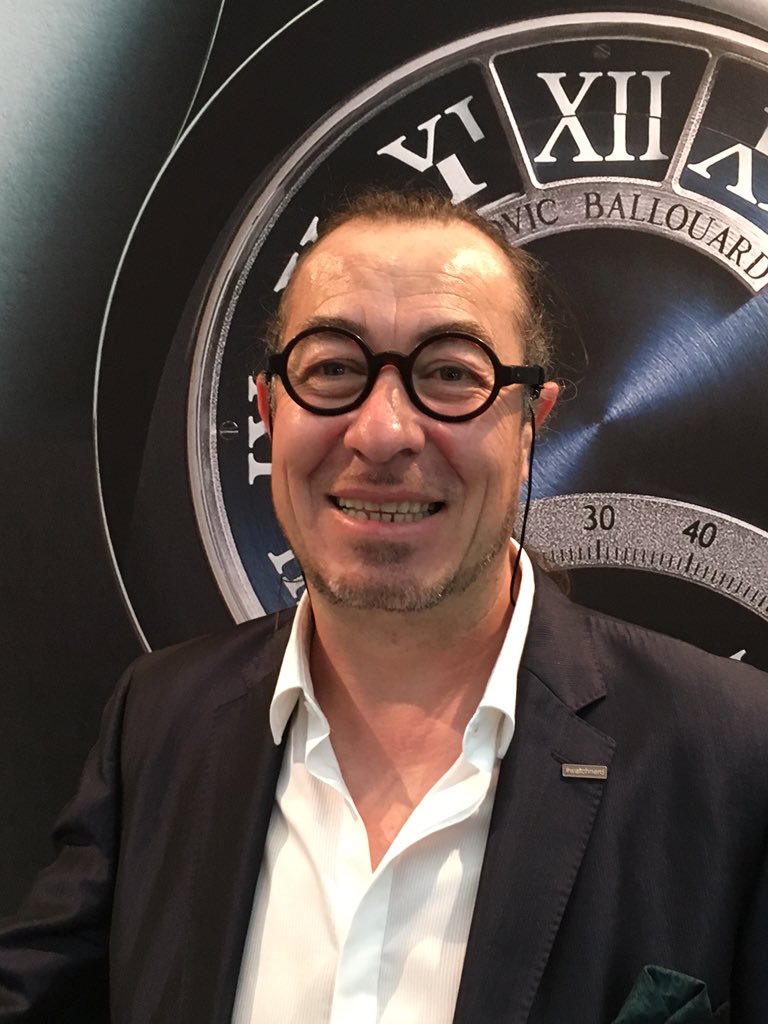 SalonQP was launched in 2009. Since moving to the Saatchi Gallery from Number One Marylebone, the annual event has continued to gather momentum and reputation, helped, no doubt, by its new owners, the Telegraph Media Group. This year, over 90 watch and watch-related brands were represented, ranging from well-established manufacture to independents,… 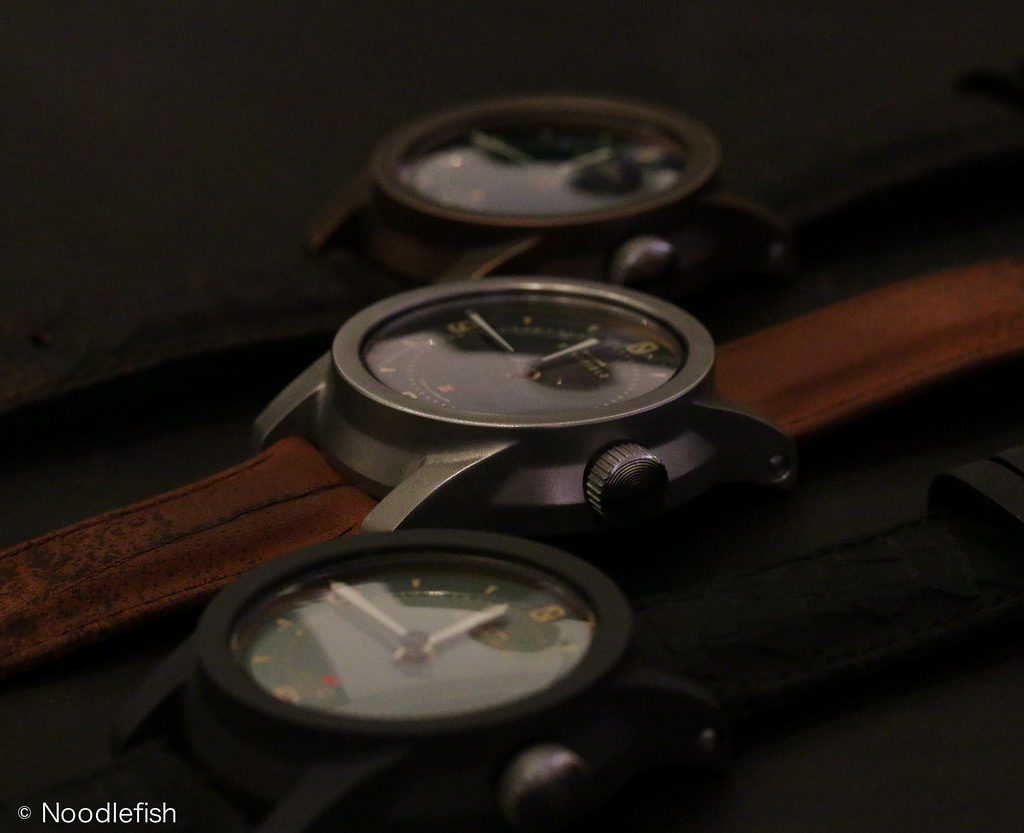 Published by the #watchnerd on December 7, 2014

Giles Ellis is surrounded by people, which is no surprise, he is, after all, here at SalonQP to launch a new watch, the Beater. What is, perhaps, more surprising, is the number of these people who seem happy to remove the Schofields from their own wrists and to pass them around the crowd. It’s as if the Red Bar Crew had landed in Sloane Sq, but with fewer drinks. It’s all very friendly, and for Ellis, very pleasing: “they were doing my job for me, they had become de-facto Schofield ambassadors.“

END_OF_DOCUMENT_TOKEN_TO_BE_REPLACED

One of the most enjoyable aspects of SalonQP 2012 was being able to spend time with some of the people behind the watches that we ‘blog, Tweet or write about, such as Finnish watchmaker, Stepan Sarpaneva. I’d been hoping to meet Stepan for a number of years, as he has…

END_OF_DOCUMENT_TOKEN_TO_BE_REPLACED

Due to a slight delay at the entrance to the the Saatchi Gallery (the security guards waited for the clock to strike six before letting any of us in to SalonQP), I missed the official launch of Meridian Watches. This was rather a shame, as I’d been hoping to witness the unveiling of the Meridian Prime, an almost entirely English-built watch, heralding from Norwich. Meridian’s founder is Simon Michlmayr, a second generation watchmaker and Fellow of the British Horological Institute, who has been running his own watch and clock repair company since 1986. I spoke briefly to Simon at SalonQP, and he was kind enough to allow me to take a look at his watches, movements and accessories and to tell me a bit more about Meridian, and their future plans.

The idea behind Meridian Watches was to find a way of manufacturing high quality, hand-produced watches, that the owner could wear day-in, day-out, using all-English parts (except – currently – for the movement) at a reasonable cost. Simon brought in a business partner – Richard Baldwin (a keen watch collector and CEO of Arcadia Watches) and started sourcing appropriate partners from across the UK with whom to work. Their search has yielded a collective that includes a hand-made leather strap-maker (Steve O, who will be well-known to Panerai owners), an optics company that supplies military contracts, an additional webbing strap-maker who also produces their cotton/canvas watch-roll (Carl Evans of GasGasBones fame) and even a leather passport holder (from Bond Street brand, Smythson). On top of this, Meridian hand-make strap-changing tools which are included with each watch, and have also hand-produced their buckles. These latter items are a fantastic example of the Meridian ethos – each of the eleven elements of the buckle is hand-machined, and then assembled in Norwich. There is no doubt that a cheaper buckle could have been sourced, but Simon has focused his attention on making every part of these watches feel like they have been crafted for the owner. This also extends to the hands, which are hand cut, colleted, polished, treated and coated in SuperLuminova (TM). It’s a very artisanal approach, and one that I find increasingly attractive.

END_OF_DOCUMENT_TOKEN_TO_BE_REPLACED

SalonQP 2012, the London watch show that has gone from strength to strength over the past four years, finished last weekend. Organisers say that more visitors than ever took advantage of the opportunity to see over 30 brands and 20 independents in the wonderful surroundings of the Saatchi Gallery.

I’ll be posting some more in depth articles  over the coming days and weeks, but realised that I hadn’t even covered some of the highlights and other interesting things I’d seen. A quick caveat – these pieces / brands interested me. They may not all be haute horologie, but that doesn’t stop them from being interesting. And as a #watchnerd, I’m finding that things are increasingly interesting. So interesting, in fact, that I completely failed to visit quite a large number of brands at QP – even though I spent three entire sessions in the gallery. To those brands, I apologise. It’s not you, it’s me. I got distracted. Sorry.

END_OF_DOCUMENT_TOKEN_TO_BE_REPLACED

Peter Roberts had originally lined up a job at Philips in Holland and would probably have never even considered a career in watchmaking if he had not seen an advert for the “first watch worn on the moon”, the Omega Speedmaster in late 1969. Practicing initially on military watches that he bought on Tottenham Court Road (he would repair them and sell them on to fund the next purchase) Peter became the first English student to be accepted at the WOSTEP school of watchmaking in Neuchâtel, Switzerland.

It was here that Peter had an idea to create a watch that he had only previously seen in the pages of a book – a watch with five hands. Adding jewels to the movement, a mineral glass back to display his finissage of the base Valjoux 726 and cannibalising the screw-down pushers from a Rolex chronograph and the bezel from a GMT, the nineteen year-old produced a certified chronometer as his graduation watch, that had five hands indicating hours, minutes, seconds, the date and a second timezone. It”s a complication that has rarely – if ever – been seen since.

END_OF_DOCUMENT_TOKEN_TO_BE_REPLACED

I first read about Ressence Watches last year, in an article highlighting new brands at Baselworld 2010. It described an intriguing piece from an industrial designer, Benoît Mintiens, who had come at contemporary watchmaking from a new and potentially revolutionary angle. Rather than design a watch with a conventional dial…

END_OF_DOCUMENT_TOKEN_TO_BE_REPLACED

Continuing the theme, three more brief highlights from SalonQP 2011. The HWM Tensus [Image (c) HWM] Four:  There’s still more that can be done to the humble hand-wind. Heritage Watch Manufactory were showing two models at SalonQP – the Tensus and the Magnus – both of which contain highly modified manual wind…

END_OF_DOCUMENT_TOKEN_TO_BE_REPLACED

The Eddystone Lighthouse, (C) Howzey A quick warning: I’m pretty sure that you will read / hear quite a bit about Schofield in the coming weeks. The East Sussex-based company seemed to capture the hearts and minds of many visitors to SalonQP 2011, who appeared to relish in another modern,…