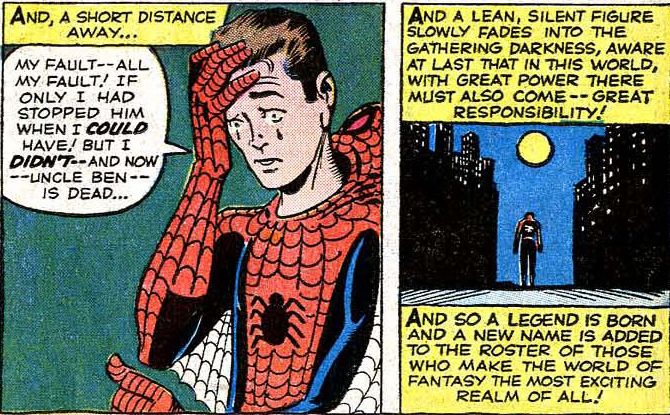 Jon Osterman was caught in an “Intrinsic Field Subtractor”; Peter Parker was bitten by a radioactive spider; Reed Richards, Ben Grimm, and Sue and Johnny Storm were exposed to cosmic rays; while Blossom, Bubbles and Buttercup were born from a mixture of sugar, spice and all things nice (plus, of course, a soupcon of Chemical X).

Jason Heaton and James Stacey recently discussed their origin stories in the second Episode of their new podcast, The Grey NATO. Slightly disappointingly, there were no spiders involved and next to no super powers. However, it was fascinating to get an insight into how these two journalists-slash-watch aficionados-slash-adventurers became interested in watches.

I’ve spoken about my origin story before, briefly.  It’s less about watches, and more about an attitude, perhaps. When Jeffrey Steingarten, the passionate and slightly obsessive food writer for American Vogue was first offered the position, he was forced to contemplate ‘the awesome responsibilities of [his] post.’ Like Spiderman, he quickly came to realise that with the role of the food writer comes great power, and that petty dislikes of blue food, or anchovies, would get in the way of any serious appreciation of the subject.

In much the same way, when I turned from Tweeting about watches to ‘blogging about them, I realised that there were certain responsibilities I would owe to whomever might become my audience. It would no longer be appropriate to ignore whole swathes of the industry because they dealt with “fashion watches”, nor would it be appropriate *not* to understand the history of watches and watchmaking or the subject of horology.

My origin story therefore began with the watchmakers themselves and a renewed determination to read more books.

Many years earlier, I had been interested in watches.  These were almost entirely those of a digital kind, and usually contained multiple alarms, played a variety of melodies, or could remember large strings of telephone numbers. At that point, my ideal watch would have been able to convert into an Autobot *and* be a playable Game & Watch. Probably.

I recall my parents returning from a trip to Hong Kong with a gift: a Movado Museum watch, c35mm of two-handed quartz, with a shiny black dial and recessed gold dimple at 12. Of course, it was a fake. Slim and elegant, it was entirely unsuited to the life of a teenage boy, but it’s the thought that counts.

It wasn’t until I was at university that I bought my first proper watch: a Casio DW-290. I was preparing for an expedition to survey reefs and wrecks in Barbados, working in Carlisle Bay. With three dives a day, and the need to haul gear in and out of boats, I needed a tough, water-resistant watch, and the Casio was perfect. On a Velcro strap, it was donned / doffed with ease, and the countdown was great for safety stops. Alarms could be set for non-deco limits and the “Electro Luminescence” was the icing on the cake.

A decade later, I bought another. It remains the only production model I’ve bought more than once, and it was my “go to” diver for a large proportion of the time I’ve spent diving. Indeed, it wasn’t until 2008 that I even thought about replacing it with something else. But isn’t that how it always begins? Very small***.

***this post is dedicated to my friend @dublonothing, and our shared love of Big Trouble in Little China: May the wings of liberty never lose a feather.