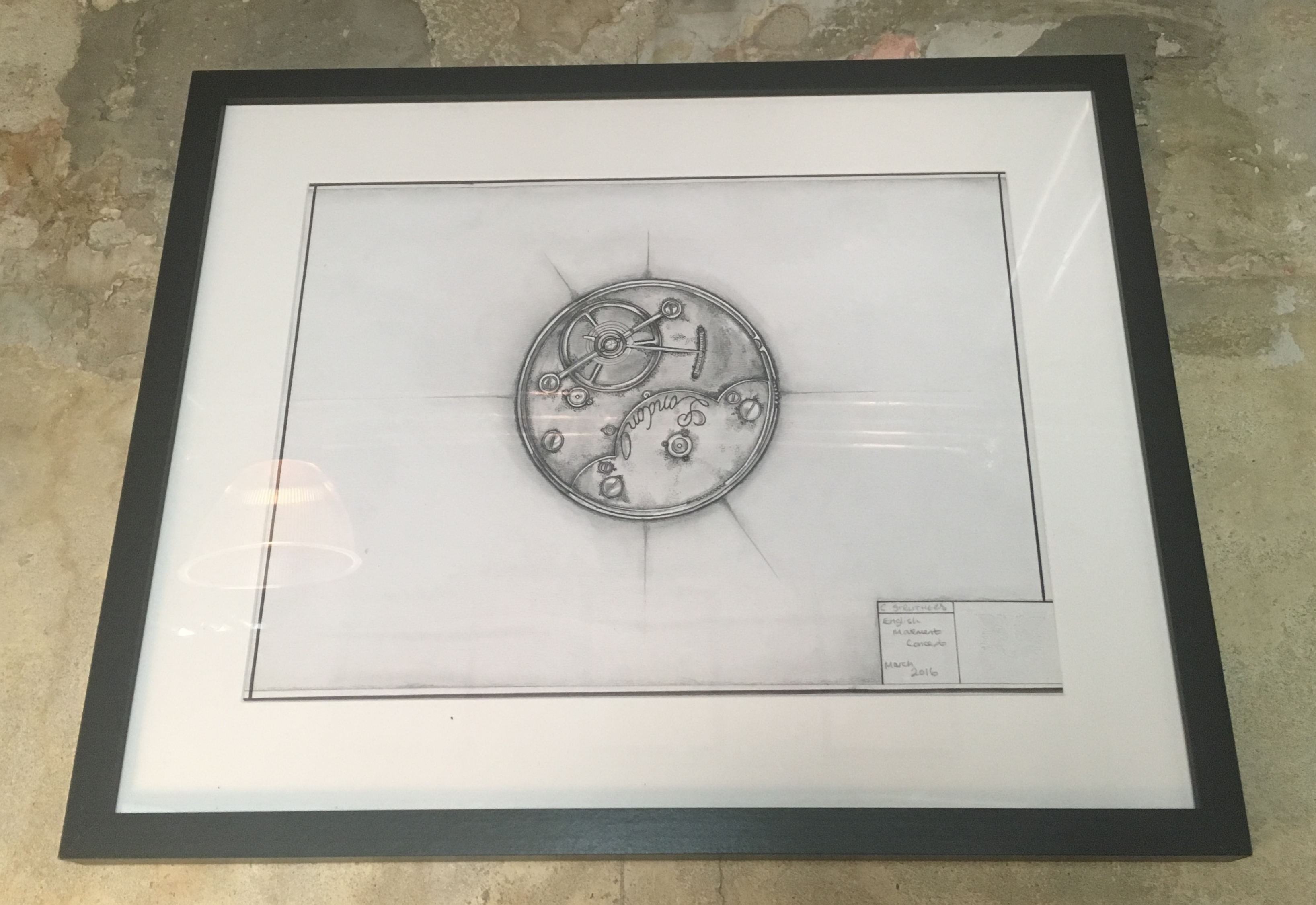 There’s a thread that runs through many of my posts, but one I rarely mention: luxury. Luxury is often defined as an “inessential, desirable item which is expensive or difficult to obtain”, but over the past decade, it’s become less about the money (perhaps) and even less about the materials. Rather, luxury appears to have regressed, becoming increasingly devalued by the ever-increasing number of brands that use the word to describe their latest product. Luxury appears to be more about generating desire for the product, than the product itself. It is, perhaps, interesting to note that some modern translations of Chaucer’s The Man of Law transpose “luxurie” for “lechery”.

During London Craft Week, I visited a number of friends and brands who were exhibiting as part of Walpole’s Crafted programme. The 2015 lineup included watchmaker Craig and antiquarian horologist Rebecca, of Struthers London, as well as woodturner Eleanor Lakelin and leather worker Mark Tallowin, all of whom were back, following a year of mentoring and guidance from fellow Walpole members.

I’ve been following Eleanor Lakelin’s work for the best part of a decade. Eleanor is based in Deptford, at the South London outpost of Cockpit Arts. I’ve mentioned Cockpit before, as their Clerkenwell maker collective is also where Fanny Shorter is based (Fanny is an illustrator and printmaker, who worked with Mr Jones on a number of watch designs).

Eleanor works mostly with old wood, often from trees that have fallen or blown down, or been felled due to old age or disease. The results of her cuts, woodturning and sandblasting are wonderful, as the short film by Viсtoria Vrublevska (above) shows.

There’s something rather magical about wood – it’s one of the materials to which, like clay, I’m particularly drawn – and the results seem to transform this recently-living material into permanent piece of art. Of particular interest is her approach to imperfection: much like the Japanese concept of wabi sabi, or perhaps the art of kintsukuroi, burrs (or burls) caused by injury, viruses or fungi become objects of wonder and unusual beauty.

These concepts are something I’ve touched on before when discussing the work of Craig and Rebecca Struthers. There are three strings to the Struthers’ bow: a restoration business; bespoke watchmaking (usually based on old Omega movements); and – most excitingly – a new English movement***. The restoration and bespoke business takes lost and forgotten movements, and brings them back to life.

In the case of the Omega movements, this can mean borrowing parts from donors, as well as making specific replacements. Peter Speake-Marin describes a similar process when he was working for George Somlo in this interview. Working with older movements helps watchmakers to discover what parts of earlier designs are the most robust, or easy to replace. It’s difficult to know how modern movement designs will fare, but I hope there are still people like Rebecca, Craig and Peter to look after them.

Interestingly, there was another woodworker exhibiting alongside the Struthers, Little Halstock. Listening to cabinetmaker Luke Wycherley describe the production of veneers was fascinating: much like clock and watchmaking, woodworking has its own language, in which steam-powered chamfered blades are propelled through dog-clamped balls of wood, to produce a uniform parcel of flitches. Book-matching, quarter-cuts and other techniques are used to ensure that the desired patterns emerge from this wafer thin (0.6mm) sheets of wood. It was while I was listening to Luke explain the concept for his safe-to-table watch winder (below) that I began to reassess the intersection of luxury and craft.

As at January 2017, there are almost 37 million photos on Instagram that have been tagged #luxury^^. I’m not sure that I’m able to describe luxury in terms of the watchmaking industry, but hope to have a slightly better idea by the time I get back from SIHH.

Although SIHH, the Salon International de la Haute Horlogerie, organised by the Fondation de la Haute Horlogerie (FHH) there is no doubt that it is the Richemont Group’s ode to luxury. Held in the spacious halls of the Palexpo in Geneva, brands from Cartier to Claret, and from Audemars-Piguet to A Lange & Söhne will be showing their 2017 collections.

It should be a fascinating glimpse behind the curtain.

Access to SIHH has been provided by Jaeger-LeCoultre London.

** The similar sounding faire du lèche-vitrine another interesting counterpoint. This wonderful French idiom for window-shopping must surely also translate to the auto-liking of such posts on the small screen. Actually, the link between luxury and lechery is even closer in French: luxure *is* the French word for lewdness (as far as I can remember).

***On the wall at their pop-up studio during London Craft Week, hidden in a West London mews, was a hint of what is – perhaps – to come.

^^There are only 740k #watchnerd posts, and only 41k #SpeedyTuesday photos.